Most of us know Sondos Alqattan for her beauty content, with her 2.3 million Instagram followers flocking to her account for makeup-related advice, but on July 14, the Kuwaiti blogger’s words landed her in hot waters with everyone from her loyal fans to human rights NGOs.

Alqattan took to social media to express her complaints over the recent changes in Kuwaiti law aimed to better working conditions for Filipino migrants.

“For people who want to go get a Filipino domestic worker, what are these ridiculous work contracts you’ve got to sign?”, exclaimed Alqattan in the video, which has since been taken down.

But thanks to internet vigilantes, the video was quickly saved and has been making the rounds on social media.

“How can one keep a maid at home and not keep her passport?” Alqattan goes on to say before adding, “They get a day off every single week! What’s left?… She goes out one day a week, and works for six days, bringing her total days off to four a month, and one has no clue what happens during the days when her passport is in her possession”.

In an effort to smooth over their relationship with the Southeast Asian nation, Kuwaiti lawmakers responded by introducing reforms to the highly criticised kafala system that’s now in place.

The new laws ensure that labour migrants in Kuwait maintain the right to their passports, as well as giving them the right to refuse any transfers to new employers.

Prior to reform, contracts for the largely unskilled migrant workers were to be terminated at any time and at the will of the employers—who also retain the rights to their passports, and are able to transfer their employees’ work visa to another employer at any given moment.

Migrant workers in the gulf are often victims of abuse, with crimes committed against them occurring on a daily basis. Non-profit organization Human Rights Watch has described the kafala system as “modern-day slavery” and Alqattan’s insensitive comments further prove that the mindset of employers in gulf states does in fact fall within those boundaries.

Facing backlash from her followers, Alqattan has since turned off comments on her social media platforms. However, she did take the opportunity just hours after the incident to post an advertisement for French brand Phyto Paris—prompting people from all over the globe to put pressure on brands to end their relationship with the blogger.

Alqattan has remained silent, with no word from her regarding the incident. Fellow influencers from the region have also maintained a veil of silence on the situation, with the exception of Lebanese TV host and journalist Diala Makki, who quickly took to her Instagram to express her disdain with Alqattan’s comments with her followers.

With the rise of ‘call out’ culture in other parts of the world, where anyone with a platform has come to bear a social responsibility to maintain a largely politically-correct dogma, the incident comes at a pivotal point for influencers in the region, whose position in society has yet to be clearly defined.

On July 24th, Alqattan issued a lengthy statement regarding her comments via Instagram.

However, the statement was not an apology. Alqattan defended her position saying: “we employee/employer reside in the same house and consume, share the same food, and work is shared around the premise and I don’t impose long working hours”. 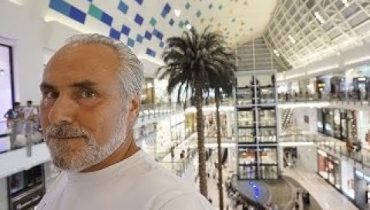 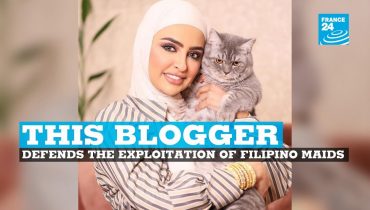